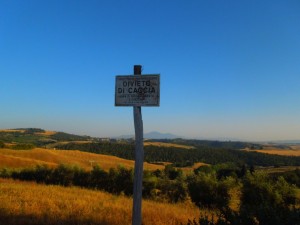 In our area one finds a bit of everything: from the most beautiful kilometre in Italy, to the Eroica circuit, and its paths for strolling. Fattoria del Colle supplies news, maps of the circuits and even the bicycles… absolutely everything so that the guests can appreciate the spectacular panoramas of the Val d’Orcia and of the Crete Senesi. It is also possible to appreciate them from your car, but travelling slowly they are even more beautiful.

Let’s begin with the car itineraries: the famous golden kilometre is on the Cassia SS2 between Rocca d’Orcia and Gallina. About 30km from Fattoria del Colle. It shows a hilly farming territory which is harmonious and intact. No less beautiful, in my opinion, is the road in the Crete which from Asciano (10 km from Fattoria del Colle) goes to Siena. In some suggestive places there are also some resting spots. In April and in October the intensity of the panoramas leave you speechless. The Siena bell towers are seen in the distance just as they were seen by the pilgrims long ago, framed among the hills unchanged during the centuries. 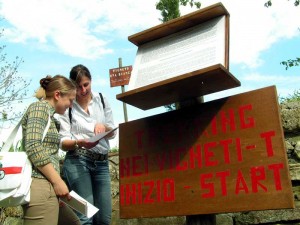 Trekking through the vineyards

For bicycle lovers Tuscany is a privileged territory but the Eroica race, a bicycle race along dirt tracks with vintage bikes that has a special taste. It is a real myth; people from al lover the world come to race. The real race takes place in October and covers a distance of about 200 km but the itinerary is signposted and so it is easy to do it all year long. The nearest it gets to us is in the municipality of Montalcino 25 km away near the Casato Prime Donne winery.

Those loving walking will enjoy the 4 treks that Fattoria del Colle proposes, they are short and signposted and described on maps. One regards wine and helps you to understand a lot on vines how they are panted and cultivated. The other three are nature trails and much shorter (1,5Km). They take you to Provincia di Siena pheasant 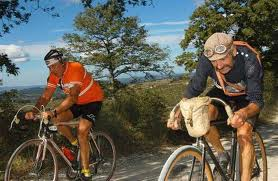 repopulating delimited areas, to the truffle preserves and to the village of Trequanda.

The praise for slow travelling finishes here. I hope that I have convinced you and that you are now panorama hunters! Fattoria del Colle is waiting for you 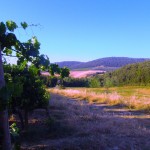