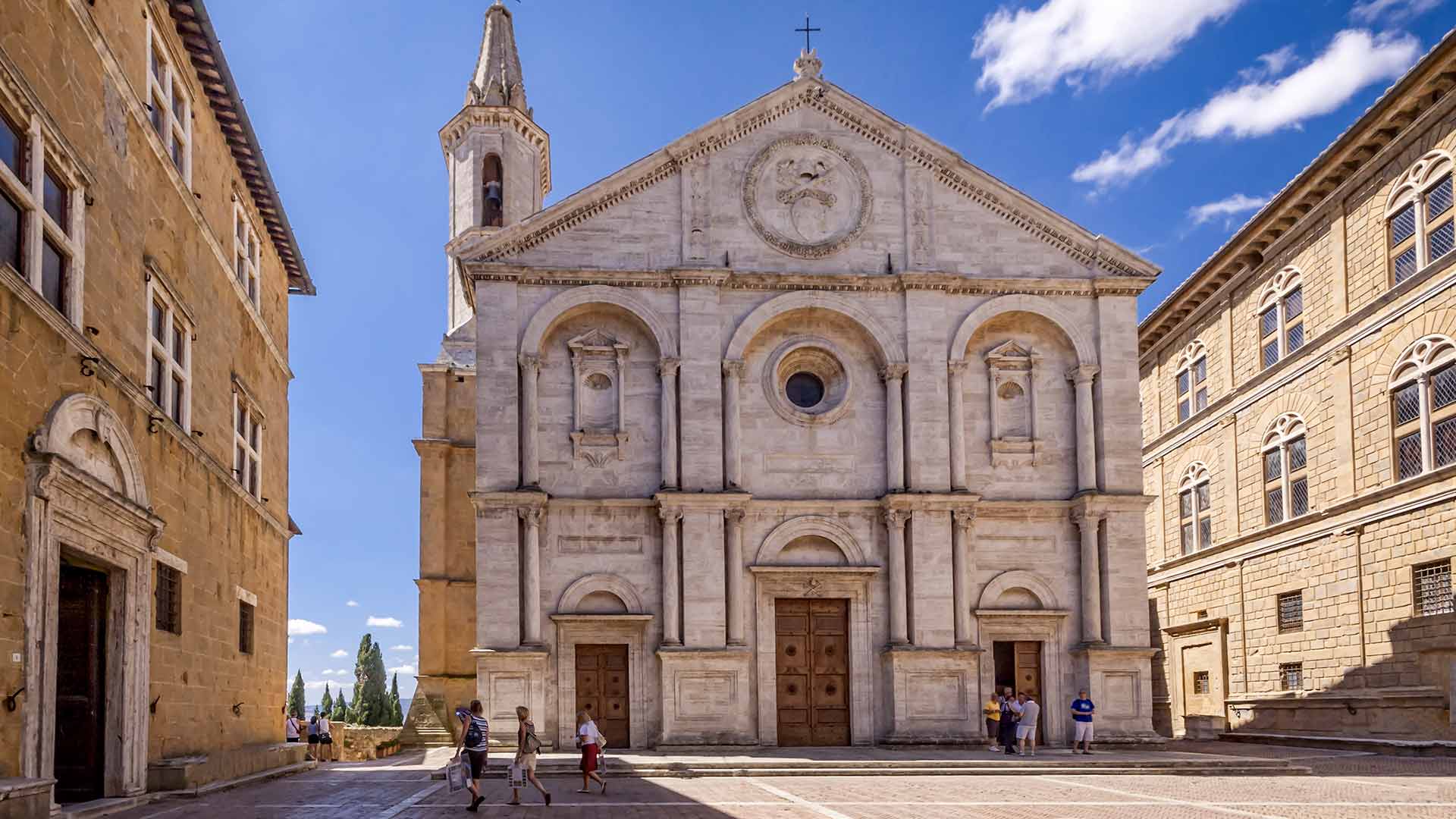 
Pienza owes its name and its character to Pope Pius II who, half way through the 15th century made it his summer court.
Particularly interesting is the main square with its trapezium shape, designed by Bernardo Rossellino, so as to emphasise perspective and monumental effect. Tourists know of this square mainly because of the many advertisements and films which have been shot here. The dome built in 1459-1462 according to Rossellino’s project, has a white travertine façade decorated with arches and pillars. The Gothic interior is inspired by the Hallenkirchen admired by the Pope during his visits to Northern Europe. One can visit the Palazzo Piccolomini, the Palazzo di Canonici, with its sacred art museum and the archaeology museum. The Sant’Anna in Camprena convent is on the way to Pienza (tours from 3 to 6 p.m.), it was founded in 1324. Inside there is a hall with frescoes by Sodoma of 1503.