Domaine Romanée Conti is the king of luxury wines 2012

Domaine Romanée Conti is the king of luxury wines 2012

Wine’s Wall Street, is  Liv-ex  the major worldwide database for luxury wines. In their 2012 Blue chips list, 9 Italian brands: 6 Tuscan and 3 from Piemonte

Liv-ex is based in London but check wine markets all over the world to give merchants precise and rapid information regarding prices, but it is also a commercial and logistic turn-table. It was born in 1999 and has a web site which resembles that belonging to a great stock broker. Amazing! At the top of the page in succession are the quotations for bottles exactly as if they were Wall Street’s blue chips: Lafitte Rothschild 2000-12.000£, Fleur Petrus 2004-1150£ ….. million air bottles together with a Sassicaia 1998 sold at 111 £ a price which, in that context seems a pure bargain. 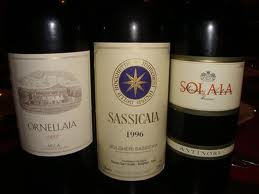 and Gaja. Practically a lot of Tuscany(nearly a match between  Frescobaldi-Antinori), a little of Piemonte and nothing else.

Among other things the web site contains the Liv-ex Fine wine 50 indexes – the Blue Chips – calculate daily with the quotations of the 5 most important Bordeaux brands in the last 10 vintages. It is amazing to see the dramatic increase in prices since the beginning of 2013. Then there are the Liv-ex Fine wine 100 ( like a type of Nasdaq ) obtained based on the value of the top 100 brands of wine – mostly bottles of Bordeaux but also  Bourgogne, Rodano, Champagne and even a bottles from Italy. 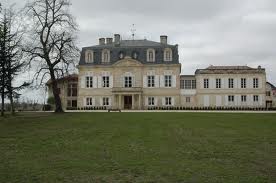 This is the most important index of the market. The graph shows a decrease in prices in 2009 and the increase up until August 2011 and then the new decrease that stabilized only around last summer fortunately above the level of three years ago. If, as suggested by “Wine Index MPS”, the values of the great brands anticipate by a few months how the wine market will go generally, then in a few months time we should see a gradual increase in sales. Let’s hope that they are right.