Is wine a family business? 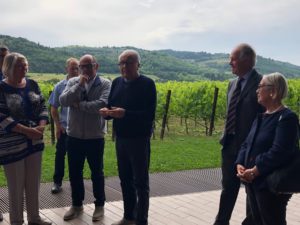 Is wine a family business?

Joys and sorrows of family wineries. To belong to a wine family dynasty offers better perspectives in imagine and in duration in time, as long as there are no rows 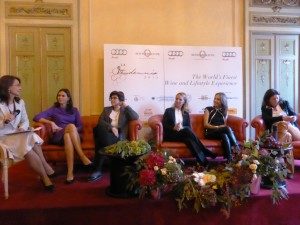 By chance I see an article in Wine Searcher, the super portal from New Zealand. They publish the prices of wines from all over the world , from the best stores from all over the world. They always share also articles that are very very interesting. This particular article has this tile: “Family Wine affair, a Risky Business” and was written by Margaret Rand.

WINE FAMILIES, A STORY OF NOBLESSE AND ROWS

I come from a wine family; my vineyards are on this land since the end of the 16th century. So this subject regards me directly. Reading the piece by Margaret Rand one understands that mine is a privileged situation that creates a better appreciation of a brand and its wines. However the saying “you can’t choose your family” is perfectly apt for many particularly confrontational wine dynasties. 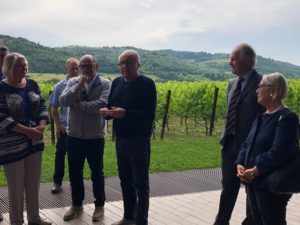 Soma explicit  examples are quoted in the article, and it starts with my distant relatives the Biondi Santi family, then the Alvarez from Vega Sicilia, and finally the Mondavi’s where Robert has spoken of disputes, even physical ones in an autobiography.

Unions such as Primum Familiae Vini, born 25 years ago ,were born because of the  difficulty in creating cohesion among the family members of these historic wine dynasties. And of course because of the  necessity to advise one another. Primum  is made up of  the real wine Gotha from the international wine world: Marchesi Antinori, Baron Philippe de Rothschild, Joseph Drouhin, Egon Müller Scharzhof, Famille Hugel, Champagne Pol Roger, Famille Perrin, the Symington Family Estates, Tenuta San Guido, Familia Torres, Vega Sicilia and Clarence Dillon. Obviously this is not the only partnership. There are also partners that have solely common sales objectives or those tied by shared scopes, such as the Famiglie dell’Amarone that are opposed to the Consorzio della Valpolicella.

OBLIGATED HEIRS IN A WINE FAMILY 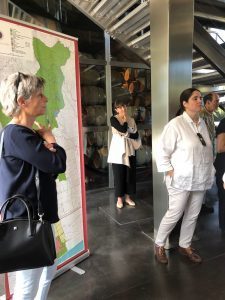 There is also another aspect to be considered in the wine family businesses: up until a few years ago they forced the first born sons to inherit the vineyards. This was so even if they wanted to pursue another, totally different profession.  In Alto Adige the Maso Chiuso is maybe the toughest expression of this tradition. In fact it is only since 2017, thanks to a ruling from the Constitutional court, that sons and daughters have acquired the same rights, while before the farmstead went to the son

This tradition resulted in putting these properties into the hands of those who had no interest in them, those who were not prepared to dedicated time and attention to them, and in the case of wine producers, they ended up making mediocre wines.

A few days ago Angelo Gaja was telling me <<many say that in a winery there must be just one leader, but those who like me have three children, how do w know who is most apt to become one?  The only solution is that they get along>> and in fact to choose the predestined one, as was done long ago, certainly generated more damage than anything else.

Thus, after having examined the negative elements now let’s take a look at the positive ones, which are actually quite numerous. These regard the deep rooted commitment to the territory, so often the historic wine families are part of the local development and in the long term planning where, with respect to the society managers, they put less importance on the financial statements than on the future prospective for children and grand children.

And finally it is just this that creates an aura around the wine families and the motive of their economic success. So if we go and see the rating of the great Italian wineries prepared by Anna Di Martino we will certainly notice that 17 of the more performing wineries are in fact “family businesses