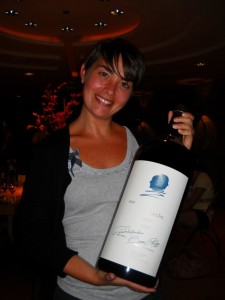 Violante with the Opus One magnum

Let’s begin from the vineyard: the reduction of surface regards most of all Europe and will continue to do so also in the future although the economic incentive, distributed during the past 3 years for those who abandon vineyards definitively are finished. A decrease in part compensated by the increase in vineyards in the southern hemisphere and in the USA.

The contraction of the world vineyards has had a back-fall on wine production, which has although decreased also because of the effect of climatic changes, and mostly in Europe.
The 2012 word production of wine should settle between 243 and 252 million hectolitres.
Italy goes down to 40 million Hl (-3%), worse still (-19%) is the French decrease, this bring the production of the other side of the Alps under the Italian volume.

Where the production of wine is increasing is in the Southern hemisphere: Chile + 15% in two years, South Africa + 4% both at 10 million Hl, USA +7,1% with volumes in production doubled with respect to the other two.
Then let’s talk about the third point of the analysis presented in Paris by the OIV 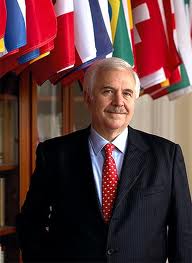 Direct Mr. Castellucci and published in preview  by WineNews.
The consumption: here too there has been a decrease compared to 2011. The forecast of 243 million Hl supplies us with a figure similar to the world production and so letting us foresee the end of the sinister problem of excessive productions which during the past years has created commercial and political tensions, we must remember that in 2005 the figure was of 43 million Hl.