in Forum: News and lifestyle
0

Donatella Cinelli Colombini’s Brunello 2008 among the three preferred by Jancis Robinson super taster and obtains 17,5 points out of 20 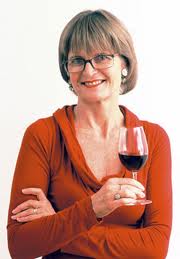 The European ratings are expressed out of 20 and not out of 100 as is done in the US, plus they are much more rigid so to achieve 16 or 17 is a first rate outcome. So a vast amount of the 230 Brunello tasted by the super taster Walter Speller – a sort of 007 at the service of Her Majesty Jancis Robinson, queen of the wine experts – have reached this excellent result.
Donatella Cinelli Colombini’s Brunello 2008 rates higher with its 17,5 points, third in his podium. This is his description <<Lacklustre mid ruby with orange rim. Sweet and concentrated and quite closed at the same time. Hint of leather. Chewy tannin framing fresh cherry fruit. Muscular and yet not heavy. (WS)>>.
The rating for the Brunello 2008 Prime Donne is wonderful too 16,5/20 and good for the Brunello Riserva 2007 which obtains 16/20.

The comments by the English expert are very interesting, he has noticed an evolution in Brunello during the past few years towards wines that are more 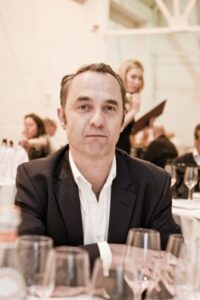 Walter Speller and his opinion on Brunello

elegant and convincing and that disprove those, who up until last year said << most Brunello would be undrinkable without the help of softening agents such as Merlot>>.
What Speller suggests is an increase in declassing Brunello to Rosso di Montalcino, a more elastic attitude to the duration of the barrel ageing, that maybe is too long and most of all a division of the Brunello region according to the production areas according to Kerin O’Keefe’s project.

Walter Speller is among the first to under stand that the increase in temperatures set off by the “global warming” does not help the more southern and hotter parts of Montalcino which in fact produced riper wines, while << the world has moved on, and is now more than ever appreciative of elegance and freshness, as well as less oak>> Here’s a shocking proposal: increase the yield per plant to reduce the effects of the sun. 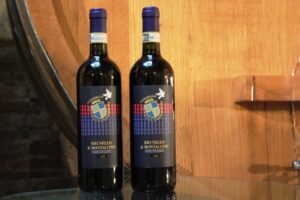 Brunello 2008 according to Speller is less homogeneous that the previous vintage: high peaks in elegance superior to 2007, good aptness to become Riserva together with other wines with lots of sweet fruit, alcohol and oak that he likes less.
All in all he has a favourable opinion, so Brunello 2008 has passed the exam very well.