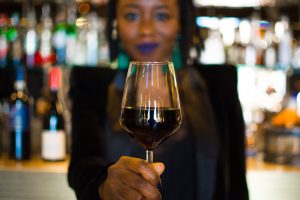 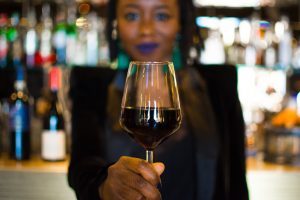 Which is the sommelier stereotype?  Probably a man dressed in a dark blue suit that comes up to your table in a restaurant to explain the wine list and help in the choice of a bottle.  Finally he then will serve the wine in a sort of ritual made up of glasses to be rinsed, decanter, the uncorking of the bottle and sometimes the sharing of some of his knowledge <<I visited this winery five years ago and I saw the centuries old barrels where they age this Reisling d’Alsace …. >>. These things will remain forever but are no longer enough.

Taking a step back thanks to the very interesting article by Kathleen Willcox published in Wine Searcher lets continue along the route that made sommeliers from transporters of wine using pack animals to those who possess now a legally recognized title: Union des Sommeliers founded in 1907 in France, Associazione Italiana Sommelier created in Italy in 1965, in the UK in 1969 the Wine & Spirit Education Trust begins its courses and in 1977 the Cout of Master Sommeliers (CMS) is born. The latter  represents the highest level in qualifications for  Sommeliers and reunites 273 members. 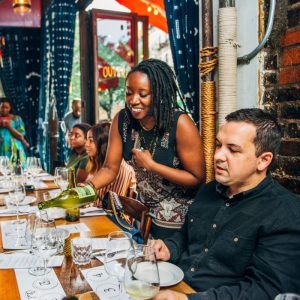 While there is an  increase in number and in quality of the sommeliers, International restaurants have seen a crisis regarding starred chefs who are closing their activities and, the arrival of a new figure, one that unites the managers competences and those of a sommelier. In fact many American restaurants have a sommelier as manger.

Sommeliers that are wine talent scouts

Other than this new figure that needs knowledge on management, administration and communication worthy of a graduate in managerial  economics, sommeliers must  carry out another function, they must be explorers.

They must suggest unusual pairings and above all they must create occasions for real wine and food experiences.

Clients <<want to know what they should drink with their Senegalese meal, their vegan meal or the Mexican mole. They’re willing – and eager – to learn about wines that would have scared their parents, like orange wine from Slovenia, as explained in Wine Searcher, Cha McCoy, experienced sommelier, and certainly an expert in unusual pairings

Wine and Food as a presentation of oneself

As Albino Russo explained in his Rapporto Coop 2018 the consumer represents himself in his choices for food and from this comes an ever increasing need of rare and unusual wines. He in fact needs to find a wine icon.

But here is the real revolution, the new sommelier is a young person with great visibility.

Sommelier as a social celebrity

With an image that makes him resemble al DJ and with an infinite mount of followers. They organize events and propose the culture of wines in a less pompous and more explorative way.

Furthermore , this  true revolution in the world of sommeliers has quickened thanks to  the video 3 SOMM video (2013, 2015 e 2018)  which have given the profession of wine tasters dignity and have divulged this magical job to many young people.

Sorry, the comment form is closed at this time.