The new chef at Fattoria del Colle is a sommelier 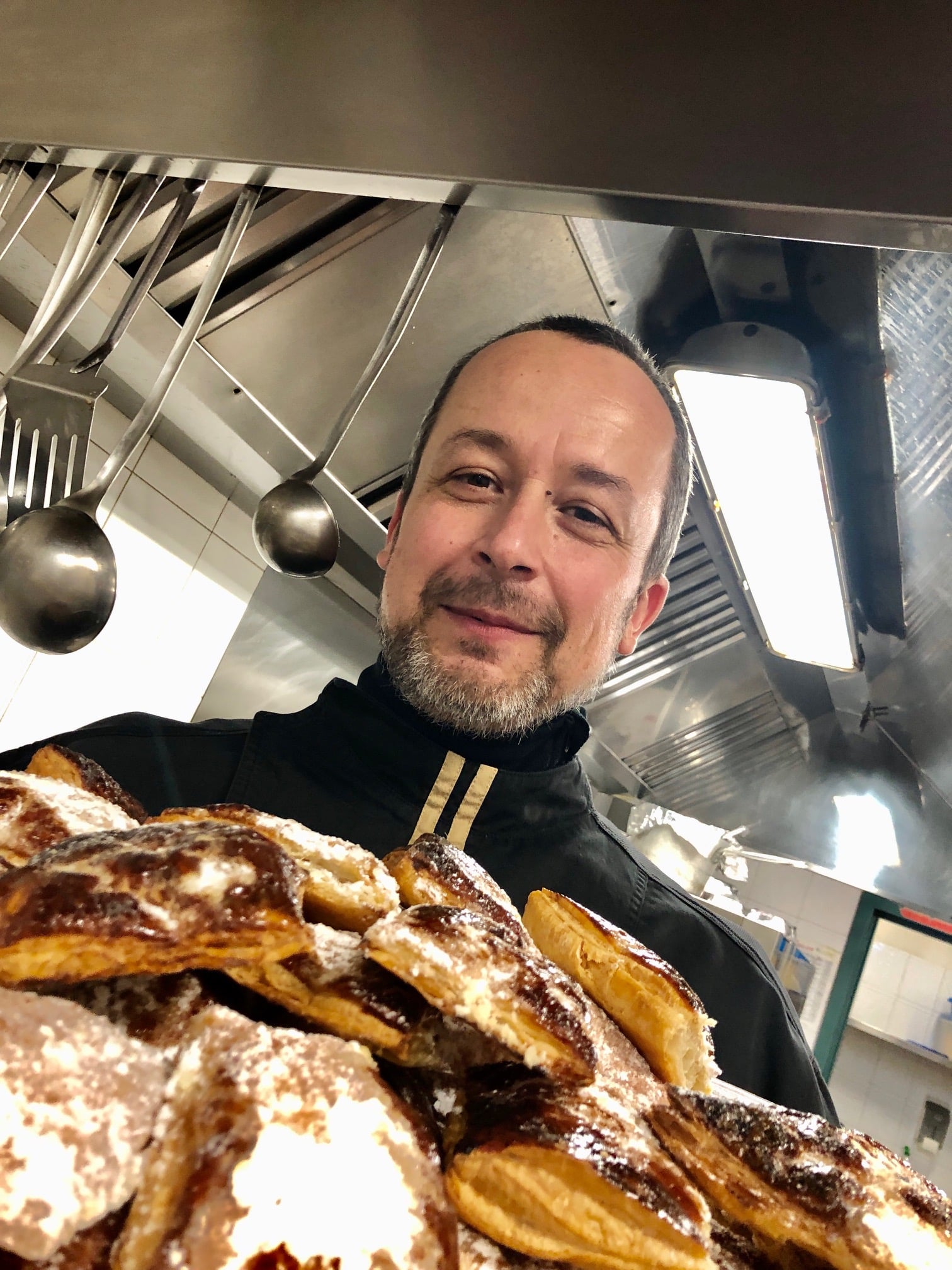 The new chef at Fattoria del Colle is a sommelier

His name is Alessandro Sironi , he has a thirty-year experience in cooking but also a diploma of sommelier AIS and one of taster of beer. The new chef at Fattoria del Colle is a sommelier 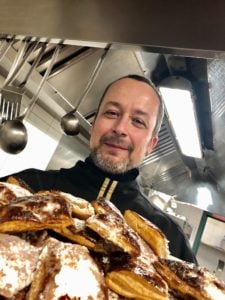 48 years old from Milan, Alessandro Sironi, is the new chef of the Fattoria del Colle restaurant in the hills south of Chianti overlooking Montalcino and the Valdorcia. An ancient territory where gastronomy must be thought of in combination with wine. For this reason Donatella Cinelli Colombini welcomed with enthusiasm the chef sommelier Alessandro Sironi in the restaurant of her farm and immediately began to convey to him the essence of the Sienese culinary civilization.

Alessandro Sironi, did his cooking training after leaving the scientific high school before graduation. In his curriculum a period of four years in La bettolina in Gaggiano Milanese where he grew up professionally until he became a chef. This is followed by an even longer period, as sous chef, in the Michelin starred Marino alla Scala.
It is during this time that he becomes sommelier AIS and beer taster. Successive experiences in catering see him as manager or executive chef in restaurants as large as the Quanta Sport Village in Milan.

THE GASTRONOMIC CULTURE OF SIENA AND THE ROOTS OF LOMBARDY

Alessandro Sironi arrives in Tuscany, for love, to create his family. First he works in Castiglion del Lago and then in Cortona in his own restaurant.
His cuisine is based on respect for raw materials, carefully chosen and enhanced by knowledgeable cooking. He loves the ancient grains with which he makes focaccia and 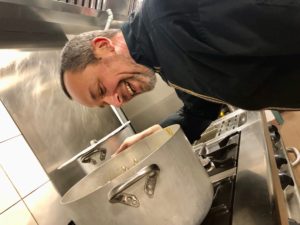 bread that recall the flavors of grandmothers, fresh pasta and especially stuffed pasta that is his strong point. He has an almost maniacal attention to cooking times because it is the details that make the difference and enhance the flavors. He admires tradition, noble meats and spices such as saffron, which is so dear to his culture of origin. The first dish he created was a red turnip paste topped with broccoli. A recipe that adds to pappardelle with wild boar sauce and panforte, ravioli stuffed with peposo and mantovana ancient and modern. Which are the pride of Fattoria del Colle.

In addition to the care of the restaurant, Alessandro Sironi teaches in the Cooking School of the farm with one-day courses on the local gastronomic tradition: 4 dishes including pinci and scottiglia to turn tourists into small Tuscan cooks. In addition to the individual lessons given by Alessandro, Fattoria del Colle offers a calendar of cooking classes, with more demanding and historical recipes, for small groups, held by the gastronome Helle Poulsen Tesio TV series author and also wirter of 16 books on the Italian food and wine. These last lessons are held in Italian, English and Danish.