Wine Blog Award 2013 to the death of Wine critics 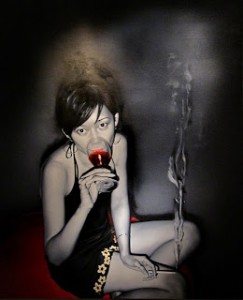 Wine Blog Award 2013 to the death of Wine critics

It is the best post in 2013 for Wine blog awards and it arrives from the Master of Wine Ron Washam. Ironically and a little aggressively he shows what young people think 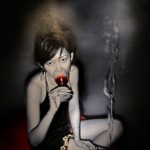 It is called Lo Hai Qu on The Death of Wine Critics and shows a young Cambodian girl with a short dress while she is drinking red while and smoking. She is one of the Master of Wine Ron Washam’s assistants and has the main role of preparing his tastings distinguishing wine from urine. Don’t laugh that’s what is says! The post goes on to say with a mixture of self irony and realism putting an accent on the difference between traditional wine critics and the younger generation. If in 4 years it is possible to become a doctor how is it possible that it takes 5 years to learn about wine. And then the ratings, for Lo Hai Qu these are senseless like paying for an experts opinion when on the web all is there available and free.

In other words posting such a text really is an act of courage. It means that you are ready to confront yourself without fear with the new generation of consumers. On the British irony and an unlimited competence in wine consent to face this question openly , and in fact the post comes from the House of Master of Wine, a temple of wine competence full of people who have made wine their reason of being and practically a religion.

But that is not enough, in a later post dated July 29th; the Lo Hai Qu saga continues with the announcement of a future film to be produced called “House of Racks” and filmed in Ron Washam’s cellar.
There is a lot to be learned from the Master’s of Wine, surely their ability to judge wine but more importantly their casualness and self-irony with which they say important things and get everyone to understand them. You see the web really is a rival for the power of the wine critics, practically a worm that daily burrows its way in the podium from where they express their opinions.
This situation reminds me of something from thirty years ago: “Quelli della notte” by Renzo Arbore, who created a new communication method and a new TV format. Among many provocation there was also the sketch Caffeao meravigliao, such an invented product which with irony poked fun at publicity. Ron Washam’s posts have the same geniality, the same ability to use the paradox to reveal reality.