Autochthonous yeasts from hornets in our Brunello

Autochthonous yeasts from hornets in our Brunello

Native yeasts are trendy and more frequently they are used to protect the typicality of a wine, just as Donatella Cinelli Colombini has done

But is it as marketing ploy or is it really an identifying element? 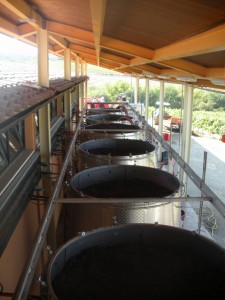 We believe that they really are an identifying element. At Casato Prime Donne in Montalcino we use native yeast chosen in 2008.  It is not a contradiction. It is a practice which is scientifically flawless  (carried out for us by the Oliver Ogar laboratories): it is in fact possible to isolate strains present in a spontaneous fermentation to then reproduce them in the laboratory and use them for production. We have tried three of them and one of them has given extraordinary results. In the logic of increasing the Exchange between Vineyard and insects we built the  vinification area called Tinaia del Vento – where we vinify the Brunello in truncated-cone shaped vats, open on top. The results have been excellent.

But let’s go and see what science has discovered regarding native yeasts.  Linda Bisson from the DavisUniversity has recently published an article in the “American Journal of Enology and Viticulture”  titled “Geographic Origin and Diversity of Wine Strains of Saccharomyces “. Her research points out that 95% of Saccharomyces yeasts present in the must all over the world were grouped in the same cluster; to be divided into 5 distinct lineages, the major, the majority of strains belonged to the Central European group.

Two types of wine years – “Champagne” and “UCD 522”- have been found in different parts of the world as if man had taken them with him during the first migrations in the Neolithic era.

So something that anticipated by millenniums the present divulging of industrial selected yeasts. On the contrary the “Saccharomyces paradoxus” – quite uninteresting under a technical profile – show a stronger clustering by region of isolation. 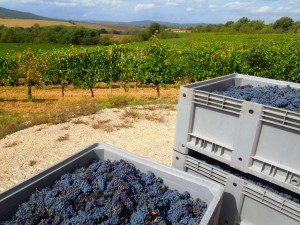 man and the presence of insects, especially hornets and eusocial wasps. This precise aspect has been studied by a group of scientists from the Fondazione Mach in San Michele all’Adige (Cavalieri, De Filippo e Viola), from the University in Florence (Stefanini et al.) and by the CNRS in Montpellier (Legras) who have researched the role of insects in the diffusion of yeasts and in so discovering that these live in the intestines of wasps and bumblebees.

The analysis has permitted them to isolate about 400 strains with microbial biodiversity typical of one vineyard or one region. In the end the result was that these insects have a role in the typicality of wines, in symbiosis with characteristic yeasts from that area.

So autochthonous yeasts are everything but a bluff and can also enrich the specificities of a wine.

Read for you By Donatella Cinelli Colombini