All the winners of Casato Prime Donne Award 2012

All the winners of Casato Prime Donne Award 2012 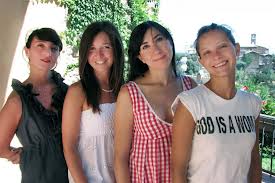 Monasterace is a town where a pharmacist married with two children, a normal woman, has become a modern hero. She is a mayor who has remained in place despite attacks and personal threats thereby becoming a symbol and a shining example for all women. This is our Prima Donna 2012, the star of our ceremony in Montalcino, which is taking place on Saturday, September 15th at 5pm in the Astrusi Theatre, together with Giorgio Dell’Orefice, Luciano Ferraro, Montalcino News and Gianfranco Bracci, other award winners from the stunning countryside where we produce our wonderful Brunello and the Doc Orcia wines.

It is amongst this beautiful countryside that you find the Casato Prime Donne which is owned by Donatella Cinelli Colombini. It is a winery the first in Italy with an all-female staff, which organizes the prize and promotes the merits of the selected female model individual amongst society much as it promotes its barrels of Brunello. The shining female example that the judges of the prize Casato Prime Donne were looking for was easily recognised in the

individual Maria Carmela Lanzetta, the italian mayor who has suffered the burning down of her family pharmacy business, survived three gunshots at her car and numerous other threats, and despite all of this she has stuck to her principles and maintained her post as mayor which has gained the respect and solidarity of the national institutions and also of her countrymen. Her courage is a wonderful inspiration to everyone, which hopefully will spread and give hope for a different future to the areas in which compliance with the rules are still a source of risks and sacrifices. 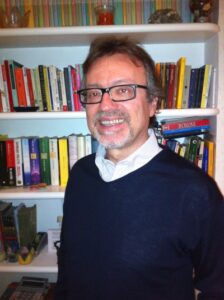 a significant contribution to the dissemination of Montalcino and its wines. Among the four photographer finalists Gianfranco Bracci, Marcello Ballerini, Kris Ubach, Grant Michelle and Pearson Douglas, the jury chose the first one as winner. The decision was made via Internet from all over the world. The prize  “Io e Montalcino” went to Giorgio Dell’ Orefice for his articles published in the newspaper “Il Sole 24 ore”. The President of the Consortium of  Brunello Fabrizio Bindocci awarded Luciano Ferraro from the “Corriere della Sera” for the section “Il Brunello e gli altri vini di Montalcino”. The Prize “Montalcino la sua storia, la sua arte, il suo vino” went to the  women journalists of Montalcino News for reinventing the local newspaper in a modern format.