95, 92, 90 the scores for the Brunello wines of Donatella Cinelli Colombini

95, 92, 90 the scores for the Brunello wines of Donatella Cinelli Colombini

In addition to the 95 points for the Brunello Riserva 2006 and being on top of the Highly Recommended list, the “Wine Spectator” also highlights and rewards the Brunello wine and the Brunello Prime Donne 2007 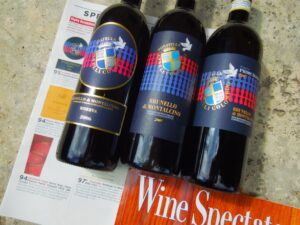 When Donatella Cinelli Colombini opened the “Wine Spectator” dated 30th September she found that her Brunello Riserva 2006 is the top of the “Spectator selections”. This is her dream come true. Every manufacturer hopes to see her wine in that magical place at least once in her career and Donatella has now achieved it.

Here is what he wrote:

92 Brunello di Montalcino Prime Donne 2007. A powerful version characterized by flavours of cherries, plums and tobacco with a hint of juniper and mint. Dense tannins are interrupted in the final tastes of this wine by the sweetness of the fruit mixed together with a subtle spicy edge. This wine will be at its best between 2014 and 2027

90 Brunello di Montalcino 2007. Strong and muscular, this harmonious red gives us flavours of cherries, plums, tobacco and spices, with receding tannins and finally finishing with a freshness. This wine will be at its best between 2014 and 2027.

The article continues with more positive evaluations for the Rosso di Montalcino 2009 and 2010 both of which were judged worthy of 89/100 and both are amongst the top seven of their denomination. The description of the 2010, written by Bruce Sanderson, even starts to rival the comments for the Brunello. 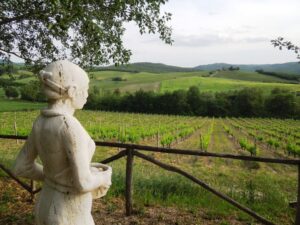 Here it is: This big, rich red wine has notes of cherry, plum and hints of the earth. Dense and tannic, well balanced on a large scale. Its taste ends up being dry and satisfying. This wine will be at its best between 2013 and 2018.