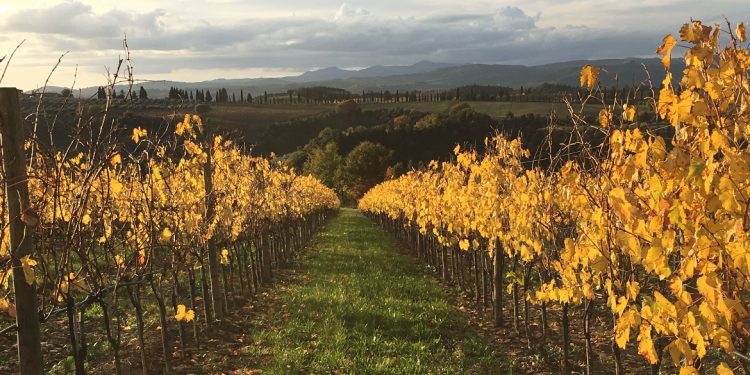 in Forum: News and lifestyle, Vines and wines
0 Comments
0

The nature of the soil gives a specific sensory character to the wine, so understanding the soil is crucial to understand the most variable vine: Sangiovese. Today we talk about the land of Sangiovese: Chianti Classico and Montalcino 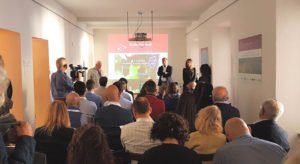 It is well known that Sangiovese has the highest number of clones (108) and the greatest variability. In short, it is a mutant grape variety which is best expressed in two areas: Chianti Classico and Montalcino.

THE SOILS OF SANGIOVESE IN CHIANTI CLASSICO AND MONTALCINO

Understanding the soils of these two areas helps to identify the specificities of wines in their most exceptional versions. We are led by Professor Edoardo Costantini and his lectures at the Scuola di alta formazione “sanguis jovis” of the Banfi Foundation published in the book“Il Sangiovese del futuro” (2019). 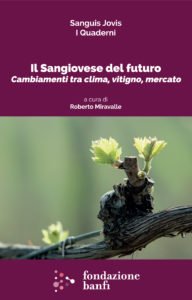 WHAT DO WE MEAN BY SOIL

The general concept of soil should be stressed: it is the superficial part of the earth’s crust, which varies according to climate and man’s intervention. Italian soils represent 51% of the world’s geological variability. In our country there is therefore an enormous concentration of eras: from the oldest (Gallura) to the secondary, tertiary and quaternary ones.

EFFECT OF THE SOIL ON THE VINE AND WINE

It must be said that in warm and dry vintages the effect of the soil on wine is greater, when the distinctive characteristics of the terroir are more evident.
The vine, like any plant, reacts according to the quantity of air and water of the soil in which it is planted. So, a lot depends on the depth to which the roots manage to descend to find these elements throughout the annual vegetative cycle. However fine wines are obtained from deep soils that are not very fertile.

SANGIOVESE SOILS ARE BORN ABOVE ALL IN THE PLIOCENE 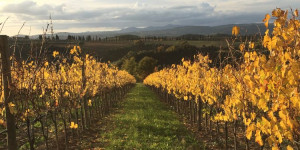 Sangiovese soils are mainly of the Pliocene that is 3 million of years ago when there was the greater extension of the sea on Tuscany. Lands that were above sea level in that period are sandy clay, while the submerged ones are calcareous soils. At the end of the Pliocene the uplift takes place in the South of Tuscany with the development of sedimentation processes, erosion and the formation of rivers and swamps.

It is at this stage that the so-called “Rock of Chianti” which looks like a kind of huge  lasagna with different layers of materials compacted one on top of the other to form the flysch (wines with color, alcohol and very high dry extract). Part of this geological process are materials very used especially in Renaissance architecture: the serene stone and the strong stone.
However even the limestone, very common in Chianti, originates in the ‘Eocene and is the fruit of the compaction of soils of predominant limestone origin. On the contrary, the soils rich in flakes (schitosis), that is, the galestro, derive from thinner sediments of clayey or calcareous nature.
Both Chianti Classico and Montalcino have very variable soils even at a distance of a few meters, but this characteristic is extreme in the first one whose geological map seems like a dense patchwork.

Montalcino’s  four slopes, very different for exposure and altitude overlap, almost perfectly, the map of the slopes and the geological map and create Brunellos with different sensorial profile in the 4 areas.
On the north east  slope from Plio-Quaternary period with prevalence of clays. On the west still of the Plio-Quaternary period with calcareous deposits. Whereas on the southernmost part from Pliocene period, there are marine deposits and clay. But on  the southeast, in the highest central part there are the cretacic calcarenites while outside the rock with its sandstones.
Therefore our Casato Prime Donne is located in the north of the Plio – quaternary are,a with very low fertility clay soils that give wines characterized by high sensory intensity and floral and fruity notes.