Chianti wine: 3.600 grape-growers, 15.000 hectares of vineyards, more than 100 million bottles and after years of being forgotten, finally the rebirth 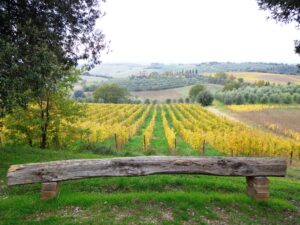 In 24 months the export figure have gone from 40 to 70%, while the requests have picked up so much that the Consorzio del Chianti has considered anticipating the release of the new vintage in January rather than in March a sit was previously. The rebirth of the main Tuscan denomination has certainly benefitted from the positive atmosphere created by the events abroad organized by the Consorzio with Giovanni Busi as president. A true novelty for the Chianti wine, which is now organizing a road show of enormous proportions: China Japan and then the USA, Russia, Switzerland … Important steps along a path that still seems lengthy; in supermarkets in China sales start at 1,70€ per bottle while the cost on tap goes from 70 to 90 € per hectolitre. In the end, even if the bottles produced are more than 100 million, the total business is of only around 300 million Euro.

Read the article below! 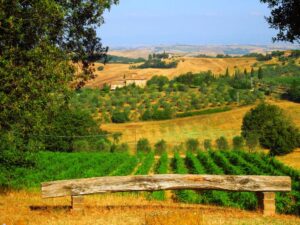 manage to reach half the amount of sales of Chianti with just 12% of their bottles. If we consider that most of the costs of production and running of the vineyard are the same, as those for running the cellar it is easy to understand how it is necessary to pursue with decisiveness the road for internationalization and promotion of the Chianti brand which has already begun.

The news regarding the increase in sales in Chianti wine go hand in hand with the data regarding the 2011 wine exportation, disseminated a few days ago by the Regione Toscana: +12,2% in value for a business of 659 million Euro, best result ever. The larger part of this amount regards wines with an appellation (464.000.000€). If on the other hand if we look at the wine destinations we find the US at the top of the list with 146 million € in importation followed by Germany and 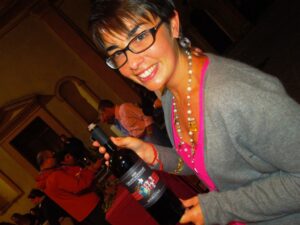 Canada while China, in eighth position is rapidly growing.

And to conclude, a direct attestation. I do not produce Chianti but Chianti Superiore at Fattoria del Colle and consequently I receive few requests for Chianti and nearly always by chance. Up until now these requests were trashed because not convenient but now we are beginning to receive interesting proposals, so much so that we might consider the possibility of using this denomination.

These are small issues but if it’s true that you can tell a good day from the morning then this is a wonderful dawn for the Chianti region.