Preview of the Brunello 2008 previews

Preview of the Brunello 2008 previews

A series of 12 new spectacular Brunello to begin the new year of the Union Européenne des Gourmets di Siena with a memorable event. 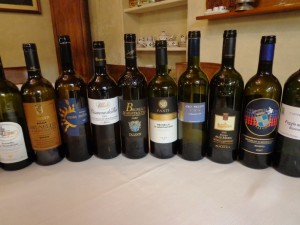 Nobody will quickly forget this wine tasting for its very elevated quality level and for the excitement in tasting them for the very first time. In fact the first official tasting of the new Brunello took place in the USA first and then in Montalcino. 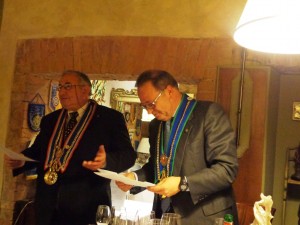 an unrepeatable event, for this reason Presidente nazionale Mr Grando and a group of Gourmets from other Italian regions arrived.

The location and the menu were worthy of the event: the Antica Trattoria Botteganova restaurant, once again run by Ettore Silvestri, who years ago brought it to receive the Michelin star and now is firmly convinced to aim for the same objective. 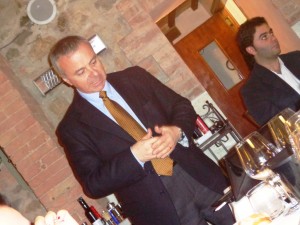 Before dinner the characteristics of the wine were explained by Stefano Campatelli director of the Consorzio del Brunello. Then 6 different haute cuisine courses were served among which Petto d’anatra in dolce e forte con ceci in zimino” that was a dream come true. At the same time four series of 3 Brunello, in each of which the Gourmets discovered great differences in style. Because, that is exactly what is magical about Brunello! The same territory, the same grape variety and many interpretations of great craftsmanship. Finally inebriate but exhausted the Gourmets di Siena say goodbye until the next appointment which will be dedicated to the Chianti Classico.