Brunello wins the China Award together with Juventus and Pasotti

Brunello wins the China Award together with Juventus and Pasotti

Two awards in one week for the Montalcino producers; here they get recognition as an Italian excellence with the award given by the “Fondazione Italia Cina e Milano Finanza” 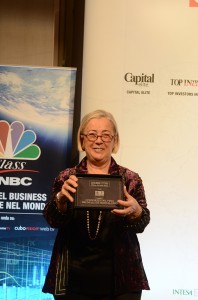 Palazzo Clerici, one of the most beautiful buildings in Milan, with its frescoed halls with lots of golden stucco decorations, is the frame for the China Awards organized by Milano Finanza and by the Fondazione Italia Cina with Cesare Romiti as President. The award giving took place during a charity dinner to collect funds for a hospital on tracks –Life Line Express – which travels through the remotest regions in Asia curing those who suffer from cataracts, about 400.000 people suffer from this condition every year.

So, a very important evening, with all of Milan’s high society present, the Mayor Giuliano Pisapia included. Among the awarded there were 26 Italians, and 3 Chinese societies, divided into seven categories. The Brunello wine was the first to be awarded in a section created this year and which regards those who represent Italian excellence in China.
<<For the last seven years the China Awards are the occasion to give recognition to the successes achieved by Italian companies>> said Cesare Romiti in his introductive speech. In fact the list of winners was really impressive, with societies who told stories of vast expansion with great business figures and fantastic production centres. There were even those who had the entire managing staff come over from China to take part in the ceremony. Consequently the event was a big one and Brunello was among the main protagonists also thanks to its brand fame.
In the same section as the Montalcino wine prizes went to Cucinelli, the Fratelli Rossetti and to Vincenzi Group.

So, awards went to wine, cashmere, shoes and biscuits all at top levels, small productions of extraordinary quality who 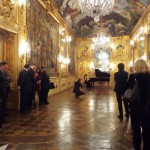 represent <<a winning Italy abroad>> as described by Cesare Romiti who explained the logics which guided the jury in their choice of the winners. He concluded commenting <<these companies can teach us so much>>.

This is true and to represent Brunello in the midst of this successful portion of Italy is a great honour and satisfaction. It makes you realize that every bottle of Brunellosold in China (at present about 100.000), in prestigious restaurants, is not only a positive result for the Montalcino territory but also a contribution to towards the National economy, because it increases the prestige of the brand called Italia and the increased possibility that Italian goods 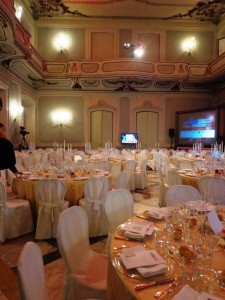 have of penetrating into that market.

Well done, Bravo Brunello! This year, the Consorzio del Brunello was the first Italian wine to organize two courses to study Brunello for Chinese sommeliers, so now there are 70 Brunello experts with almond shake eyes.